Dr. Das is the founding Editor-in-Chief of Elsevier’s Pervasive and Mobile Computing journal (since 2005) and serves as an Associate Editor of several journals including the IEEE Transactions on Mobile Computing, IEEE Transactions on Dependable and Secure Computing, ACM Transactions on Sensor Networks, and Journal of Parallel and Distributed Computing. A founder of IEEE PerCom, WoWMoM, SMARTCOMP and ACM ICDCN conferences, he has served as General and Program Chair of reputed conferences. He is a recipient of 12 Best Paper Awards in prestigious conferences including ACM MobiCom and IEEE PerCom; and numerous awards for teaching, mentoring and research including the IEEE Computer Society’s Technical Achievement award for pioneering contributions to sensor networks and mobile computing, and the University of Missouri System President’s Award for Sustained Career Excellence. Dr. Das has mentored 11 postdoctoral fellows, 48 Ph.D., 31 MS thesis, and numerous undergraduate research students. He is a Distinguished alumnus of the Indian Institute of Science, Bangalore, and an IEEE Fellow. 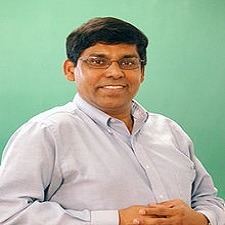