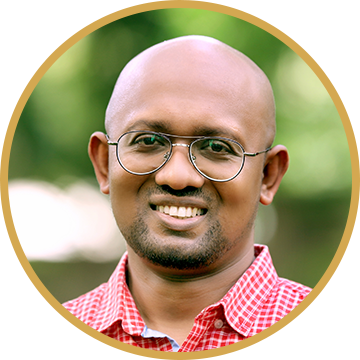 Dr. Piyush Roy is an Indian National Film Award winning critic-columnist, and an international author, curator, filmmaker and professor in film, journalism and the study of aesthetics. He brings over two decades of work experience in media, publishing, education and filmmaking.

Former editor of popular film magazine, Stardust and film-weekly, StarWeek, he has worked at senior reporting positions in Hindustan Times and The Indian Express, and has been published in The Times of India Crest Edition and Speaking Tree, The Asian Age, Society magazine, Screen, Orissa Post and The New Indian Express, authoring over 1000 media publications.

An advisory board member of Global University Film Awards, Hong Kong, he has been a jury member of Power Brands-Bollywood Film Journalists’ Awards and Star Writers Program and is the Founder-Festival Director of Edinburgh Festival of Indian Films and Documentaries.

In the filmmaking world, his debut documentary feature, Pleasures Prejudice & Pride: An Indian Way of Filmmaking, has been the focus of multiple seminar screening tours across universities in the UK and India. Presently, he is working on a ‘documentary trilogy’ exploring multi-faith pilgrim journeys across spiritual traditions.