Here is the 2nd blogpost in the series The Art and Science of Filmmaking. In the 1st post, we looked at filmmaking as an art and the need for creativity to motivate a filmmaker. In this post, let us explore the science of filmmaking, elements of cinematography and the filmmaking process from a scientific perspective.

The Science of Film-Making 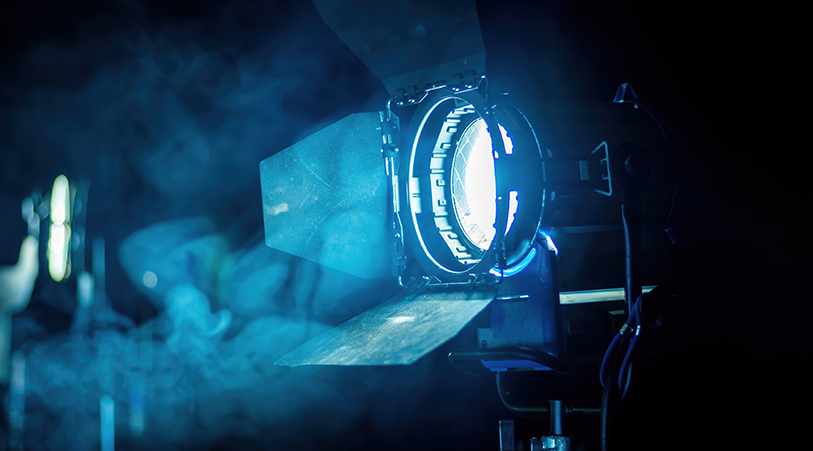 The power of film is indisputable. But do you know what makes a film? What goes into the process? In order to tell a story, films use elements of cinematography that are both technical and artistic. The elements of science during film making creates a visual experience that is absolutely breathtaking. In this article, learn about the science behind filmmaking and the elements that go into creating a film, including cinematography and the entire production process.

Cinematography is the art and science of creating moving pictures. It deals with the observing, recording, annotating, and interpreting visual media in order to convey meaning. Cinematography can be very simple or it can be incredibly complex. Prominent filmmakers use every tool at their disposal to create engrossing cinema that carries viewers into an alternate reality.

It also involves the choices of camera angles, types, colors, framing, and other elements that are used to express meaning in films. Cinematographers take shots of various things- people’s lives, other movies, landmarks – to capture the world that they want to put on screen. Taking into account all aspects of visual storytelling, cinematography is one of the most important means of creating emotive images.

Filmmaking is a craft that takes time and effort. One of the most important parts of the filmmaking process is cinematography, or the art of shooting movies. In order to make a good movie, you need to take care in deciding what kind of camera angles, lighting, and props will best suit your project.

What are the main elements and components of cinematography?

The camera is typically composed of two lenses, a camera body, and a film reel. The lens come in different focal lengths that are adjusted to the desired shot. It can also be adjusted depending on lighting sources so that it can focus on different elements in the foreground and background.

The camera body is designed to handle changing light sources so it must be able to move smoothly without losing focus or causing unintended distortions. This is achieved by using a few different mechanisms:

Filming props is always important in a film or TV show. A prop can also be anything on-screen to help tell the story. Props can add a level of warmth, drama, tension, or help connect the audience to the characters on screen. It is important to have a variety of filming techniques that are creative and unique. There are many ways you can use the camera in these various techniques to make your film stand out from others.

Audio is as important in film making as it is in music. The sound effects, dialogues, and music can all be used to convey different moods, sentiment, and emotion. In fact, much of your audience decides whether or not they like a film based on the sound and the audio quality.

Lighting is used to set the mood and color the tone of a scene. The color can be just as important in the lighting as it is in any other part of filmmaking, so it’s important not to skimp on your lights. To get a good light balance, you’ll need to make sure that everyone involved knows what they’re doing.

Every successful film depends on a few key elements, most of which are difficult to recreate. The director must have a clear vision and understanding of the script, budget, and crew. Lighting is an important element that can contribute to a good movie because it can transform an ordinary scene into something magical.

In short, what does the entire production process entail during filmmaking?

The production of a film can be broken down into four steps: pre-production, production, post-production, and marketing. The pre-production process starts with a script usually written by a screenwriter which includes the story outline, desired tone and style for the characters, dialogue, and more. The next step is production where sets are built or locations are scouted to serve as a backdrop for the film. In post-production, editors cut together all of the shots from various scenes using techniques such as jump cuts and fades to make it seem like one continuous scene. Finally, in marketing comes promoting the movie on social media via content marketing to get people interested in your movie before it’s released.

All these processes use different skill sets in order to produce an entertaining film for viewers. It requires an immense amount of manpower, time, patience, and most importantly, money

How to create more interesting scenes with characters and bring out more emotion in the viewer with the right technical aspects is something a director picks up through practice and trial and error methods. But these crucial elements of filmmaking is what makes a movie compelling for the audience.

If you are exploring options on how to become a filmmaker, or are more interested in pursuing a career in the Science of Filmmaking, you can start by exploring RV University’s B.Sc (hons) degree in Filmmaking offered by their School of Liberal Arts and Sciences.

Posted under: School of Liberal Arts and Sciences